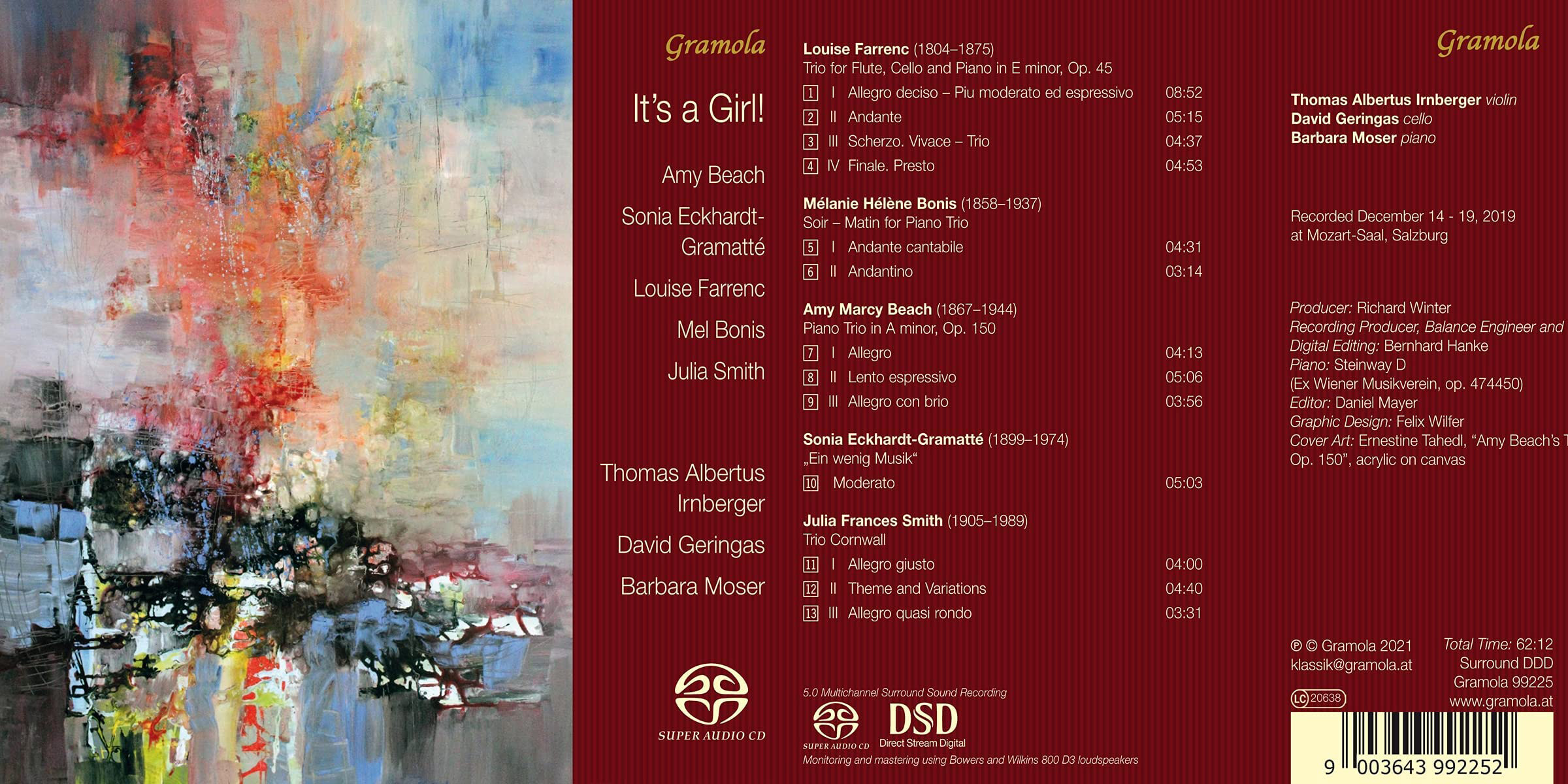 Clever title. I can imagine some people exclaiming in shock “It’s a Girl!” when they discover the gender of the composer. Even though they’ve been enjoying the music. And it’s the 21st Century. Classical music audiences are slow to wake (or should that be woke?), so releases like this are most welcome.

The piano trio of Irnberger, Geringas, and Moser present a program of music by female composers that span about a century. There are big names, such as Louise Farrenc and Amy Beach. But the trio also includes other women who haven’t enjoyed much exposure.

Mélanie Hélène Bonis, like Amy Beach, had her composition career derailed by marriage. A return of a former lover reignited her creativity. Between 1900-1914 Bonis wrote most of her 300 works. The Soir Matin, recorded here, shows Bonis to be in step with Debussy. The music has a wonderfully Impressionist quality to it with rich luminous harmonies.

Sonia Eckhardt-Gramatté was a Russian composer, pianist, and violinist who after a long and adventurous career settled in Canada. En wenig Musik was written in 1910, while she was studying at the Conservatoire de Paris with Vincent d’Indy. It’s a modest work that shows the influences of her teacher.

American composer Julia Frances Smith attended Julliard in the 1930s. She toured with the women’s ensemble Orchestrette Classique. Her Trio Cornwall has a vitality to it. Stylistically, it reminds me a little of Howard Hanson or Vincent Persichetti.

Thomas Albertus Irnberger, David Geringas, and Barbara Moser perform wonderfully together. Whether reveling in the lush romantic harmonies of Farrenc or the bustling energy of Smith, their playing brought out the best in these works. We should celebrate — It’s a Girl!